Back and better than ever!

One of my all time favorite posts was my Cauliflower Hot Wings post a couple of months ago. Since then, I have made this satisfying appetizer numerous times and have perfected the recipe.

As such, I thought I would update the recipe and post some new pictures to get your mouth watering ;)

This last batch was made while visiting one of my very best college friends down in LA. He had seen them on my blog and asked if we could make them! So we did. Twice. 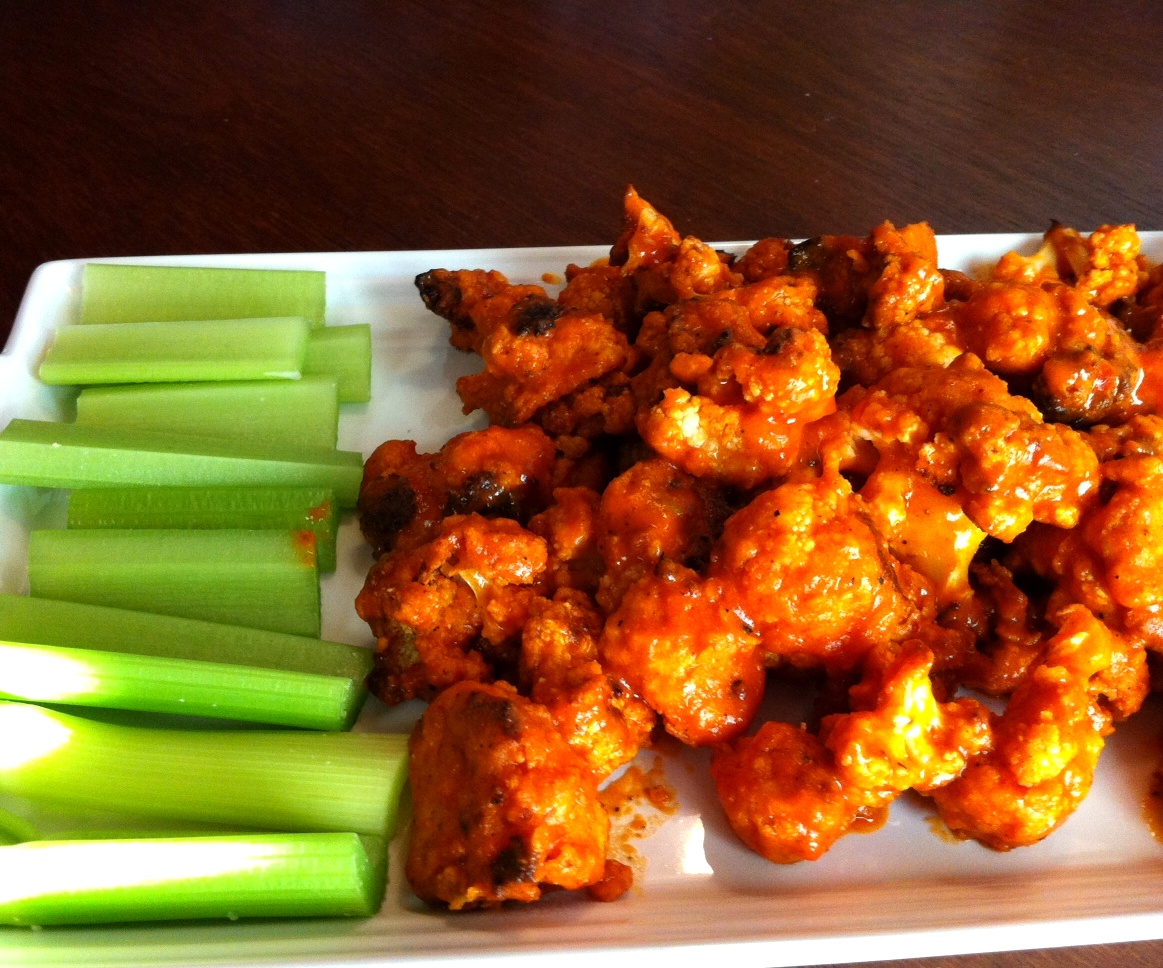 Paired with Follow Your Heart Ranch dressing, these "wings" were hands-down the best yet. They are crunchier, chewier, more flavorful, and - best of all - even healthier!

A couple important lessons I have learned through trial and error:
This time around we used the Wing-Time Buffalo Wing Sauce (the HOT version) and it was absolutely amazing. Favorite wing sauce yet, hands down. It had the perfect level of spice, creaminess and kick for these wings - plus it is sugar free, gluten free, all natural and preservative free! Also, instead of adding earth balance when heating the sauce, I just added in a bit of unsweetened almond milk and it seemed to do the trick! 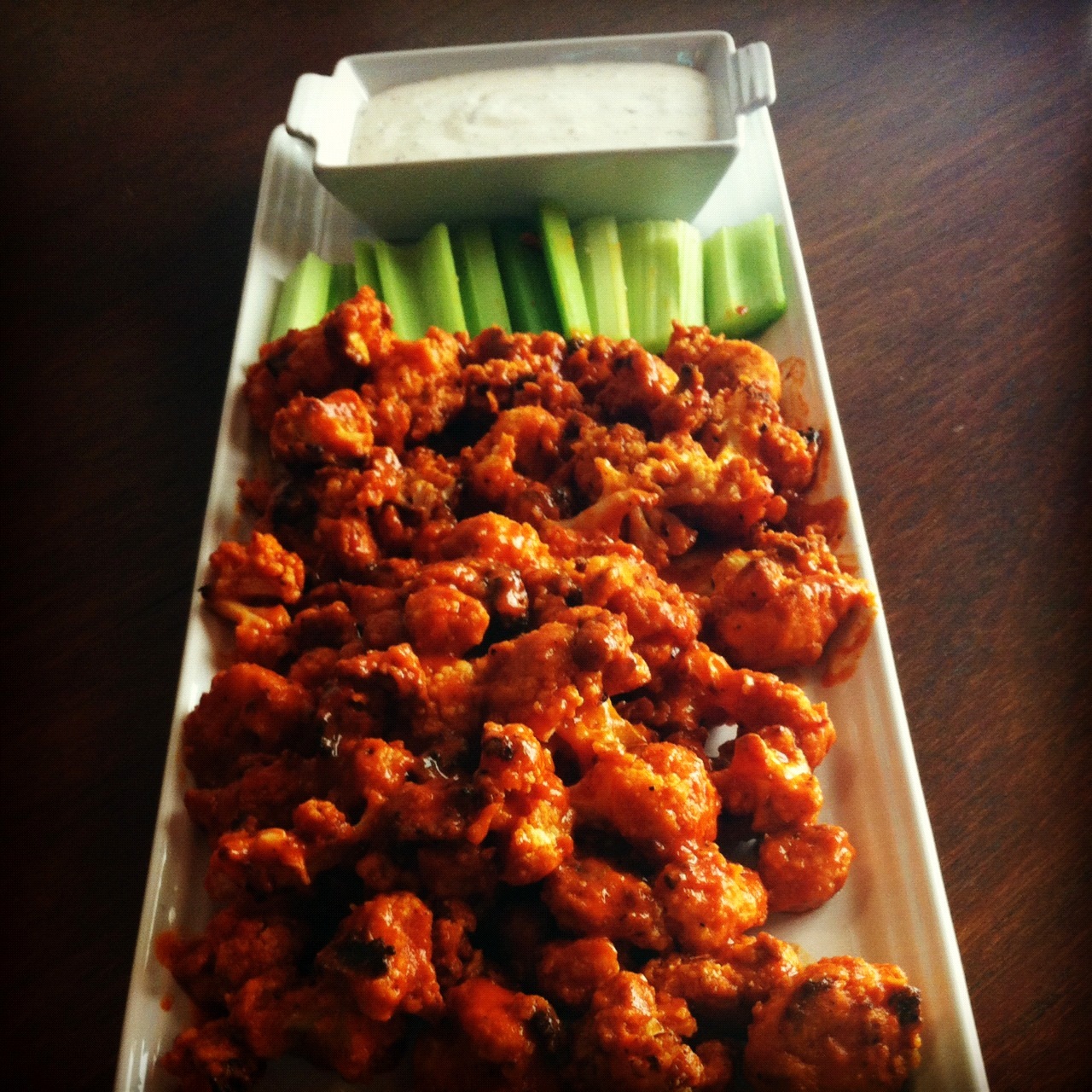 Separate/chop the cauliflower into florets.

Combine the flour, spices and nutritional yeast in a bowl and stir until well combined.

Coat a handful of cauliflower pieces in soymilk and then with the flour mixture. Place on the baking sheet and bake for 20 minutes or until crispy.

While the cauliflower is in the oven, heat the Wing-Time sauce in a medium sauce pan over low heat. Whisk in 2 Tbsp of almond milk.

When the cauliflower is looking crispy, turn it with a wooden spoon and heat the oven to broil. Allow the cauliflower to broil with the oven open for 5-7 minutes or until beginning to brown. Pull it out of the oven and place it in a large bowl. Pour the hot sauce mixture over it and toss to coat. 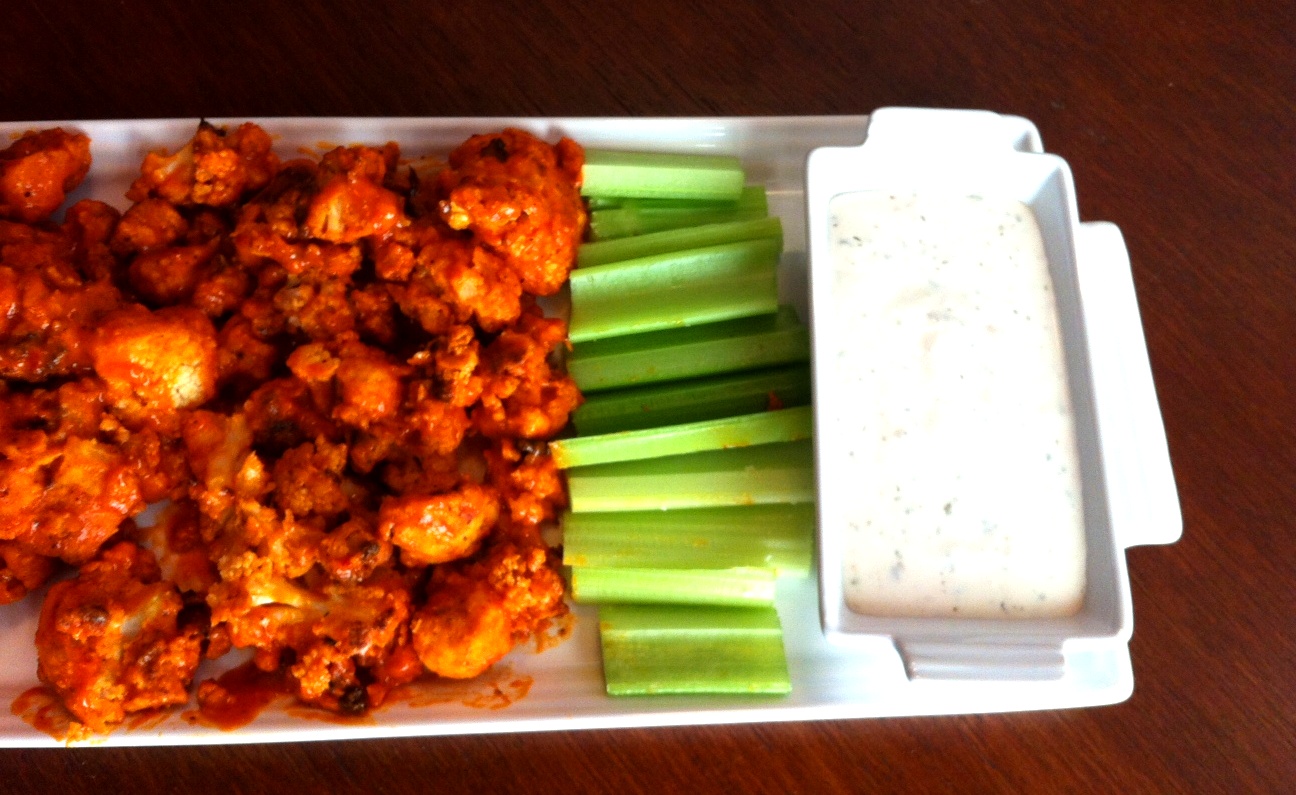 Isn't that beauitful!
We made it two nights in a row :)
Live Long and Prosper! And enjoy the beautiful bounty of summer!
Posted by Taylor at 4:36 PM

Taylor
Portland, OR, United States
A plant-based athlete of 6 years, I am also a lawyer, distance runner, and pet owner. I know how important diet and exercise are to keeping balance and maintaining energy. My blog is dedicated to sharing my experiences in the kitchen, on the trails, behind the scenes and at the gym. Thanks for stopping by!

Skybridged - Musings on deisgn and the built environment